Crisp and delicate tortas de aceite are hand-made in Seville using extra virgin olive oil. A traditional Spanish snack for the last 100 years, Ines Rosales tortas are a delicious treat to enjoy any time of day. Lighter than ordinary crackers and baked with rosemary and thyme, this savory treat is great on its own but even better paired with fresh fruit or a slice of Manchego cheese.

A century ago, a woman named Ines Rosales started making olive oil tortas (tortas de aceite) by hand at her bakery next to a stagecoach stop in Sevilla. Her tortas de aceite proved so popular that before long, she could not keep up with the demand and she hired women from the local village to assist her in producing these crisp and delicate treats. She used local ingredients including extra virgin olive oil. In a short time this Andalucian specialty became known and enjoyed throughout Spain.

This tradition continues today. Originally topped with sugar and anise seeds, these rosemary and thyme tortas are a slight adaptation of the recipe Ines Rosales created almost 100 years ago. Women from the local village are still employed to hand-flatten the dough and hand-wrap the tortas that are made in small batches.

These savory rosemary and thyme crisps will remind you of the pie crust cookies your mom might have made for you when she was trimming her pie before putting it in the oven. Our moms usually topped them with cinnamon sugar, but these are lightly sprinkled with coarse sea salt. Enjoy them instead of crackers or cookies with an afternoon cup of tea. 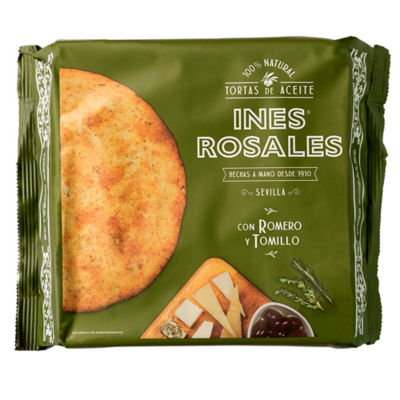 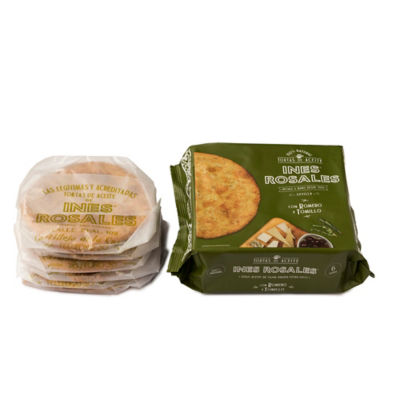 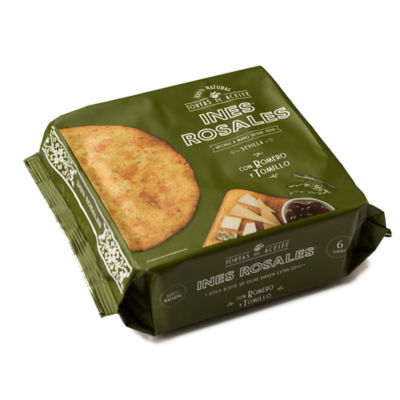 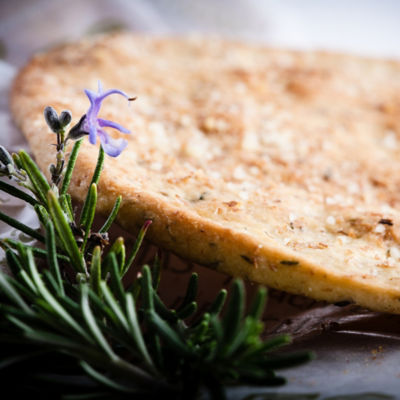 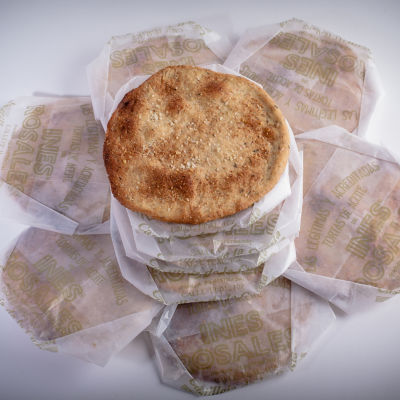 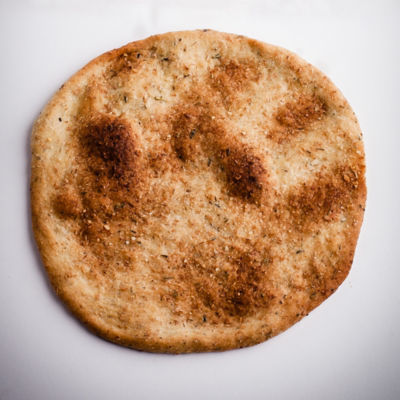